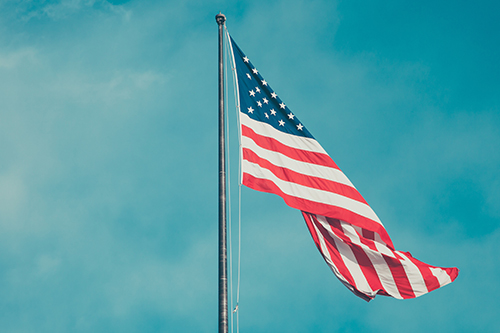 With the current H-2B cap in the U.S., Employers are struggling to find H-2B candidates

There is an on-going discussion right now on whether the H2B is a benefit or not for U.S. Employers. The H-2B Visa program although small is a vital part of both the US and Jamaican economies. The program allows employers in the US to bring in seasonal, unskilled non-agricultural workers to fill positions in many smaller resort towns and cities.  Access to the H-2B visa program allows many companies to meet the demands of their clients during the height of vacation and travel season. This provides many with the opportunity to work and gain valuable professional experience. With the  latest economic news revealing that the US unemployment rate is at its lowest at 4.9 percent, the H-2B visa program will be key in the success of many businesses.

"Prospects are dimming for their return: A cap was reached on the number of short-term work visas provided under the H-2B program, which brings in low-skilled labor for nonagricultural jobs that U.S. employers say they can't fill closer to home. This occurs mostly in landscaping, seafood processing, maid and other hospitality services.

The program provides roughly 66,000 of the visas. In some years — including last year — Congress has allowed more. But that's not the case this year.

Southern tier states such as Florida have already secured workers, but many resorts with later seasons won't make it into the queue. Diment says she's likely to close up whole sections of the Beachmere, cancel reservations booked long ago and possibly lay off local staff."

The H2B Program is a small but necessary part of the American economic landscape, helping to create and sustain U.S. jobs.  It is a legal visa program, and shouldn’t be considered as part of the immigration debate, because these workers return to their countries of origin after the season is done.

The H2B Visa Program complements the U.S. workforce.  It doesn’t compete with it.   The number of H2B visas is capped at 66,000 per year, while there are approximately 122 million Americans employed full-time in the United States. (H2B workers account for less than one-tenth of one percent of U.S employment.  Yet, every H2B visa helps sustain 4.6 American jobs.

H2B visa jobs are temporary and seasonal and tend to involve tough manual labor. The jobs are essential to keeping many small businesses running during peak season, but American citizens don’t see them as highly desirable jobs.  That is especially true when the unemployment rate is at 4.9 percent.

The H2B program relies on workers who come to the US for seasonal employment and then go home. These are not immigrant workers.

e-JAM currently has H-2B extension positions available for persons in the U.S. seeking a longer stay to work.  We encourage all applicants to do their research to make sure the H-2B extension is best for their situation.

In January 2017 petitions for 82,100 H-2B workers were filed for the season that spans between April and October, eclipsing the cap for the entire year. This, along with the fact that Congress has not extended the returning worker exemption which allowed persons who had participated in the program in one of the previous 3 years to reapply and not be counted against the cap. Which was how, in the past, many employers handled the cap limit issue. Although there is some cause for optimism, as on March 20, 2017 Bill H.R. 1627: Small Business Assistance Act 2017 was introduced in Congress. This bill, along with a few other things, would reinstate the returning working exemption, possibly bringing much good news for seasonal employers who depend on the H2B program and persons who would like to continue to take advantage of the opportunities seasonal work programs offer. 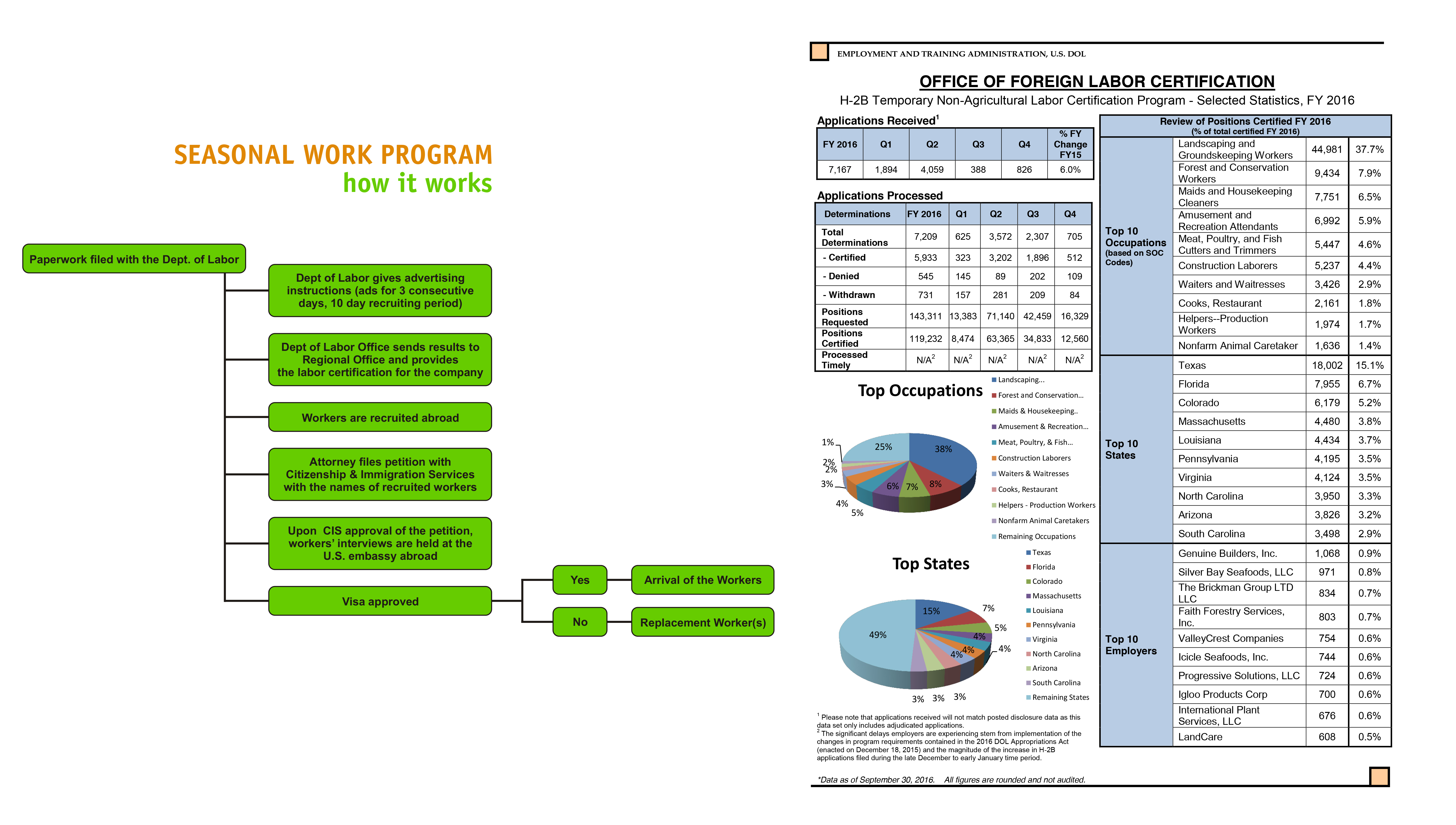 Filter by Category
Sort by

A Demand for Healthcare Workers in the UK since Brexit

A Demand for Healthcare Workers in the UK since Brexit

Concentrating on Quality vs Quantity

Concentrating on Quality vs Quantity

e-JAM is an experienced employment agency located in Ocho Rios, Jamaica since 2005  We are licensed by the Ministry of Labour to recruit workers for local and overseas employment.

Word On The Street...

"The quality of the applicants have been amazing! They are great, hardworking and very friendly! Definitely the best applicant pool we've received so far. We are excited about building this relationship with you all. We will definitely be placing more ads in the future! Thank you so much!"

"We have use E-Jam twice for recruitment services and on both occasions have achieved very good results. We were able to secure team members who met our expectations perfectly."

"E-JAM was very professional from the onset to the last minute. I was very pleased with the way I was treated and the way everything ran smoothly. I would recommend E-JAM to anyone."