e-JAM is The Future of Recruitment

It is free to register, but if you need assistance our paid options are available to get you set up and applying for jobs.

Not sure where to begin? Work with an e-JAM Recruiter to create your jobseeker profile that's ready for success!

If you are experienced in your trade, have a specialized skill, and your goal is to become self-employed, register today!

JAMAICAN STUDENTS WORKING ABROAD - ARE THEY REALLY THAT BAD? 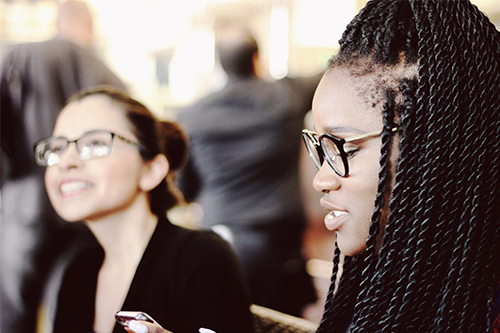 This article is in reference to the recent articles written about the disturbing behavior of Jamaican J1 Work and Travel students in the US.

e-JAM’s 2016 Summer Program included many students that made us proud, receiving positive feedback from both Employers and Sponsors; unfortunately, the positive voices were over-shadowed by the loudness of the negative reports about the 20% minority that let us down.

Despite vigilant screening methods, we still have challenges with some students who, during their employment, think that they are above the law and ended up either being fired, or arrested.

Students applying through e-JAM on the J1 Work and Travel Program are screened more extensively than people applying for the H-2B, or any other of our overseas programs. They undergo a pre-screening orientation prior to registration; Agreements that include “rules and regulations” are read and explained prior to them signing; Skype interviews with the Sponsors are conducted; Skype, or personal interviews with HR Directors/Employers; and an intense mandatory orientation, which includes a 30 plus page manual that covers, cultural shock, laws of the land, sponsors responsibilities, etc. This mandatory orientation requires us to send photographs and videos to the sponsors, to prove that the orientations are fully conducted.

The only additional preventative pre-screening that can be done is to verify a change of attitude/mindset, which is not always possible. At e-JAM we stress the importance of seeking only students with good attitudes and those that can be ambassadors for Jamaica. Our aim is usually not met due to the behavior of some students.

It is our belief that the miss-conduct of some students abroad is directly related to the differences between the social environment at home and abroad, such as peer-to-peer respect, law enforcement and mindset.

Jamaica is an environment where certain laws are less enforced than in the US. An example - people can get away with playing loud music in Jamaica; although there are laws in place to avoid disturbances, most times it is ignored. This cannot happen in the US where the laws are more enforced. Once a group, or member of the public report any form of disturbances, harassment, or crime, the police will show up to investigate, if an individual is guilty he/she will suffer the consequences according to the law.

There are many differences between the outlook of Jamaican students and their counterpart students from Europe and other countries.  Students from other countries seem to relish the opportunity to work, their main focus being to take advantage of traveling and experiencing a foreign culture. Our Jamaican students don’t seem to express those attitudes. Maybe due to the economic pressures in Jamaica, many of our young people go to the US with a false idea in their heads that they are going there to make a lot of money and/or do a lot of shopping.


From The Students Perspective

We should understand that it may not be an easy adjustment for the students; leaving their families and friends back home, living with strangers, housing - which may not be ideal, perhaps racism, etc. These issues can leave students with a feeling of helplessness and frustration.

Our suggestion is that students learn to turn disappointments into opportunities. Learn to embrace a new culture, learn to live, get along with and support fellow Jamaicans, mix with other nationalities and try to make friends. The negative reports were riddled with incidents of Jamaicans at war with each other. Once the students adopt a positive mindset, they will begin to appreciate differences in culture, feel more at home and be willing to share their culture with others.

e-JAM is now considering obtaining references from the candidates’ schools along with two outside references. We are also suggesting that the Universities and Colleges consider a course, or workshop for students who are considering working overseas. They could have, either a representative from the Ministry of Labour or proprietors from selected private agencies conduct these sessions.

We ask anyone considering working abroad to have an open mind. You always have to give up something to gain what you really want. Many of our parents or grandparents, in the early 50’s and 60’s went to the US, Canada and UK to gain a better life, which many of us are still reaping the benefits from. If we think it is difficult now, imagine what it was like then. We ask that students think of other Jamaicans who want the same opportunity to travel and work abroad…..don’t spoil it for them and their future.

e-JAM is an experienced employment agency located in Ocho Rios, Jamaica since 2005  We are licensed by the Ministry of Labour to recruit workers for local and overseas employment.

Word On The Street...

"The quality of the applicants have been amazing! They are great, hardworking and very friendly! Definitely the best applicant pool we've received so far. We are excited about building this relationship with you all. We will definitely be placing more ads in the future! Thank you so much!"

"We have use E-Jam twice for recruitment services and on both occasions have achieved very good results. We were able to secure team members who met our expectations perfectly."

"E-JAM was very professional from the onset to the last minute. I was very pleased with the way I was treated and the way everything ran smoothly. I would recommend E-JAM to anyone."